Music has this amazing nostalgic, motivational, life-altering power that only art can possess (in my opinion). Beyoncé’s self titled album came into my life and totally shifted my world.

Don’t tell me that’s not some real shit, because I felt it.

I was in my final year of college and I was sitting in a basement editing suite with no windows with my best friend Sam. We were watching the series of video Beyoncé put out to go with her self titled album. We supposed to be working, but she wanted me to watch this one in particular. It may sound cheesy, but we both cried, and I think it’s because this video is full of things we needed to hear that day.

I was definitely having an early-twenties crisis most of that year (that’s what you call it I guess when you doubt everything, especially yourself). Every day I would tear into myself relentlessly, and drown anything good in negativity. I felt like I was failing everywhere I looked, when I was really just learning.

Every new project was an ordeal because of this outlook. I was stunting my own creativity. My brain was screaming at itself constantly, and it was all self-inflicted.

“You’re never too good to lose…it happens when it needs to happen and you need to embrace those things.”

There’s something about those words that humbled me at that time. And even if I didn’t notice a change right away, I started listening to this album more. Not one or two tracks, but the whole damn thing. Even after I graduated, and Lemonade came out, I still came back to this album.

Her vision for the self titled album, the concept of a visual album with no lead-up hype, and the creativity behind the idea, inspired me. It reminded me of creative purity, and making something better  the less you try to “produce” it. Doing something purely based on vision and instinct was a feeling and idea I lost touch with, and slowly found my way back to.

This album taught me a lot about myself, bottom line. If that’s cheesy then fine. Go watch the movie to go with Lemonade. You can’t disagree that changed the game. 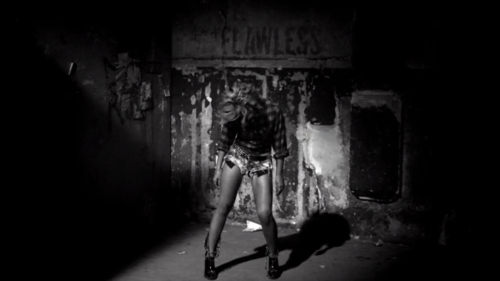 The ideas behind this whole album got me through that shitty period, and helped me carry myself through to the part where I found happiness.

What album or song changed your life?

One thought on “The album that changed my life”

I don't have it all figured out, but then again, none of us do! This blog is my way of sharing the lessons I've learned (and continue to learn) with you, never forgetting to keep a healthy sense of humour along the way. Raegjules.com is also about making the most of where you are right now, so you can live the best life possible.